I just love the Tv in the kitchen with the motorised arm, I can see it when I am cooking.

Wanting to upgrade to SkyQ, our customer Mark started to research the problems associated, especially owning a large property he wanted Sky TV to be available on a total of eleven TV’s. Whilst Mark was researching he came across a number of our Blogs explainging the benefits and disadvantages to SkyQ. Without hesitation Mark contacted us and we planned a site visit and showroom appointment.

One of the main issues we were facing was the fact that as Marks house is a finished property, as a result pulling cables in would be a tricky job. WiFi was terrible as we were faced with thick walls and the size and shape of the property didnt lend itself to an easy fix.

With eleven TV’s in total, we specified the use of a HDanywhere 8×8 Pro matrix to distribute the video content from three SkyQ boxes and CCTV. The Matrix is app based for switching inputs so the solution would be nice and simple for the family to operate. As we had chosen to use the Pro matrix we were able to mirror three outputs for the final three rooms in the property. We used 4K extender kits supplied by HDanywhere.

Again the Pro matrix is such an amazing feature rich product that not only distributes Video but using HDBaseT technology also sends ethernet over a single Cat6 cable. At each TV point we had the ability to plug network in to the TV for smart features and also use an Ubiquiti Wireless access point to boost WiFi.

Mark now has control of the Sky boxes from any TV point and all three family members are able to watch their own Sky box in whichever room they want to.

The WiFi is a nice strong signal right across this Harrogate property and we are really pleased with the results. 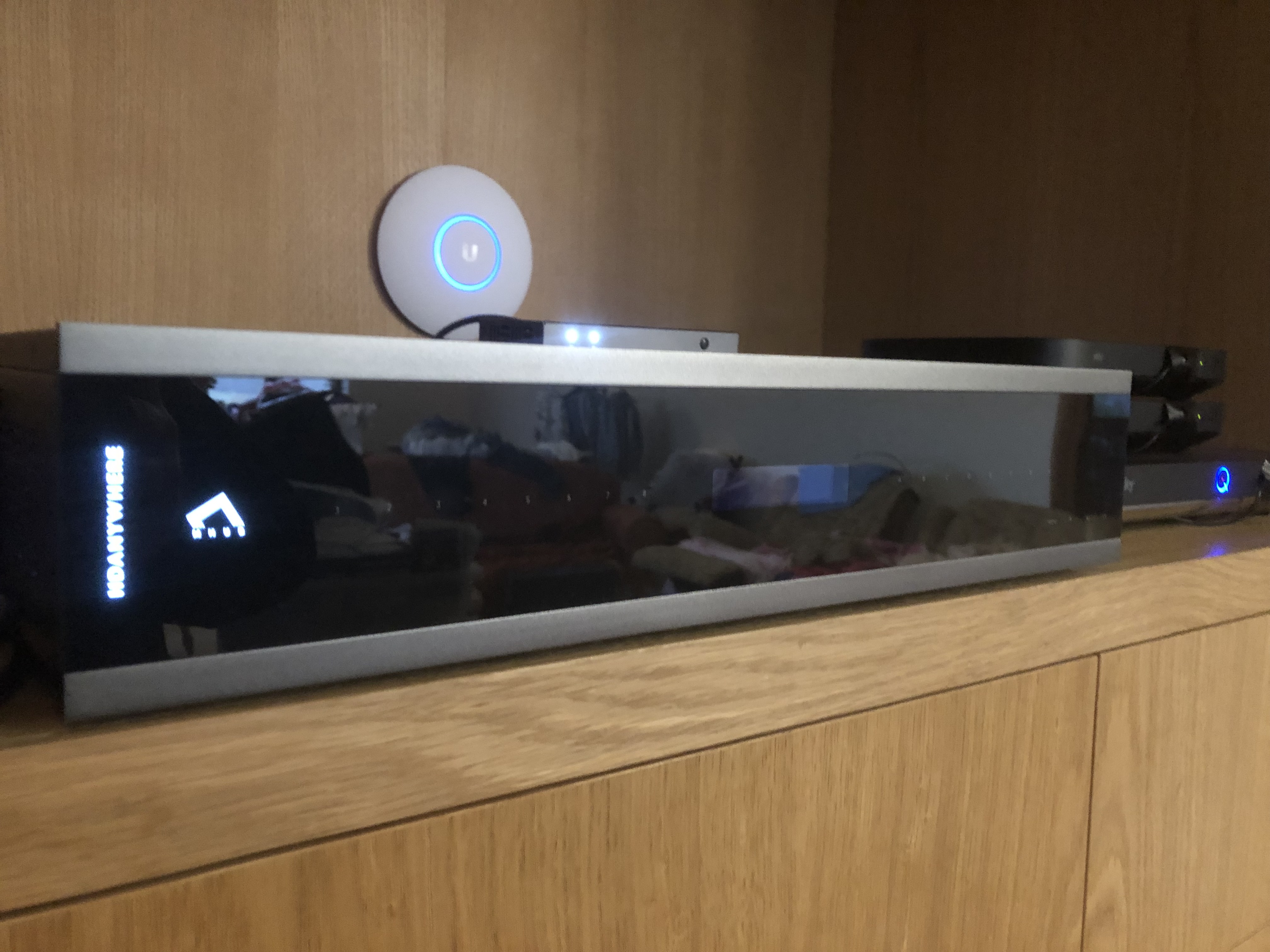 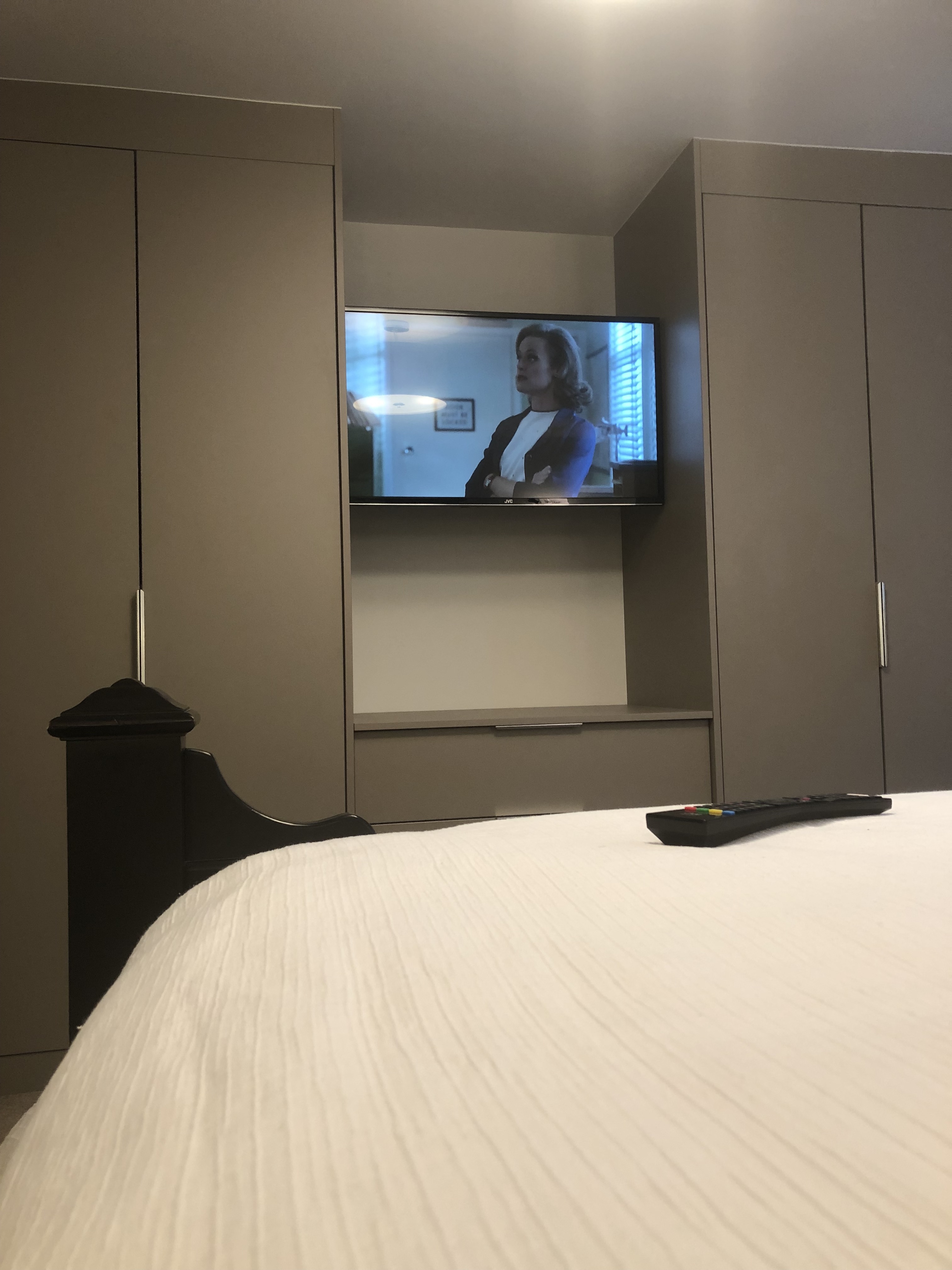 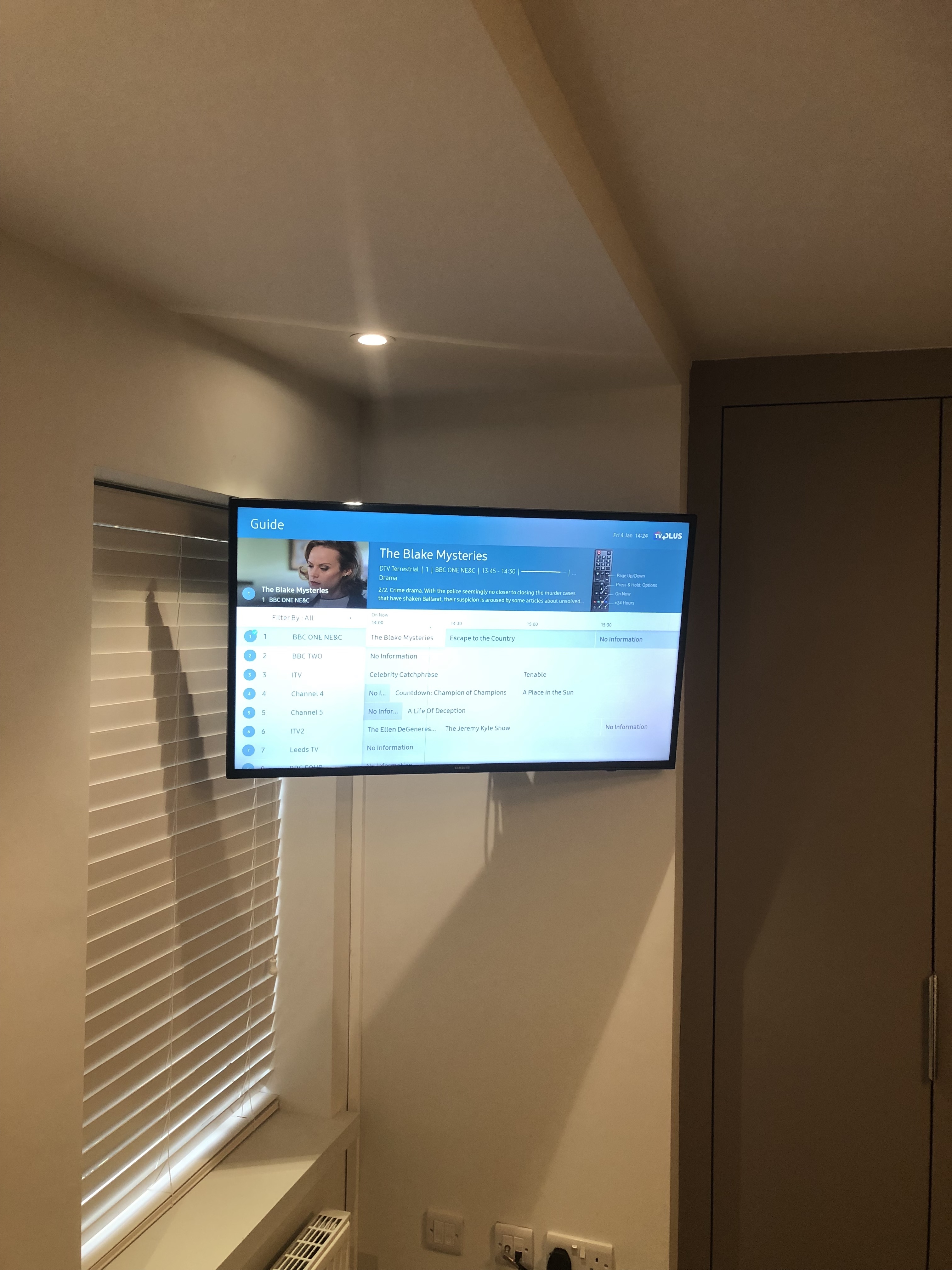 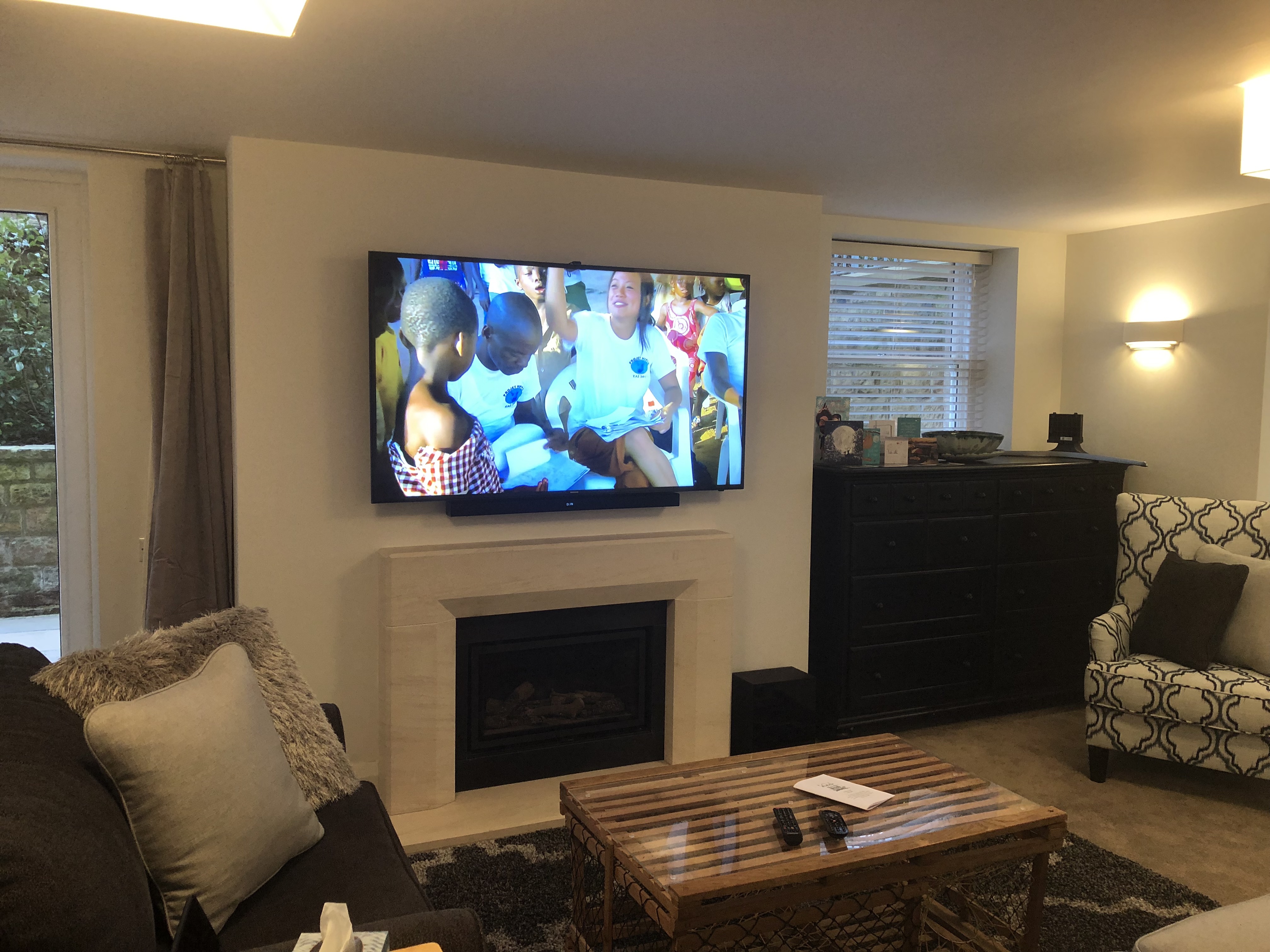 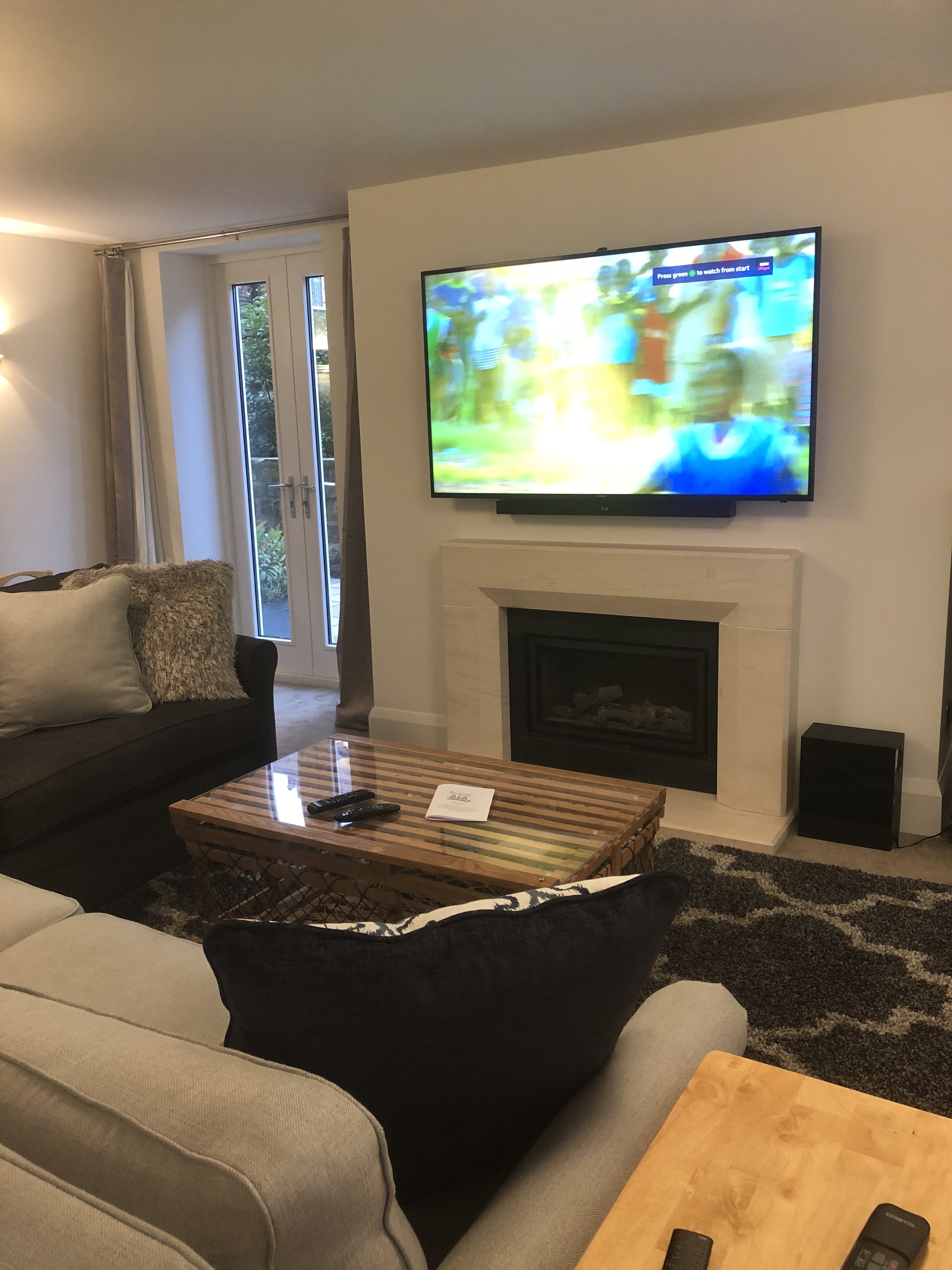