The aim and end result of the project would be to have a main breakout area that can be used as a relaxed conference environment. To achieve this we would use a web based application called zoom that will connect them with their other office in San Francisco. On top of that the area would be used for internal presentations and Q&A. A projector and screen solution in this area will create more engaging and interactive experience for everyone.

Two meeting rooms would also have the same function as the break out area but on a more intimate level. These would be unique as the rooms could be partitioned to split the single rooms into two separate areas to enable meetings of a different subject if needed.

Zoom is an intelligent web based conferencing platform that enables the user to set up conference calls internally or reach elsewhere on a global scale . The two conference rooms would be fitted with a 75″ TV at each end to compensate for when the partitions are triggered, Logitech cameras would supply a crystal clear video feed and microphone feed to the meeting room tables. A sound bar would also be used for better audio quality.

Control4 would be the solution to integrate all the equipment together for effective user friendly control. Wall mounted iPads and C4 Keypads would keep all control equipment in the same place, this would make it easier to limit what the user could do to avoid confusion or disruption between devices. 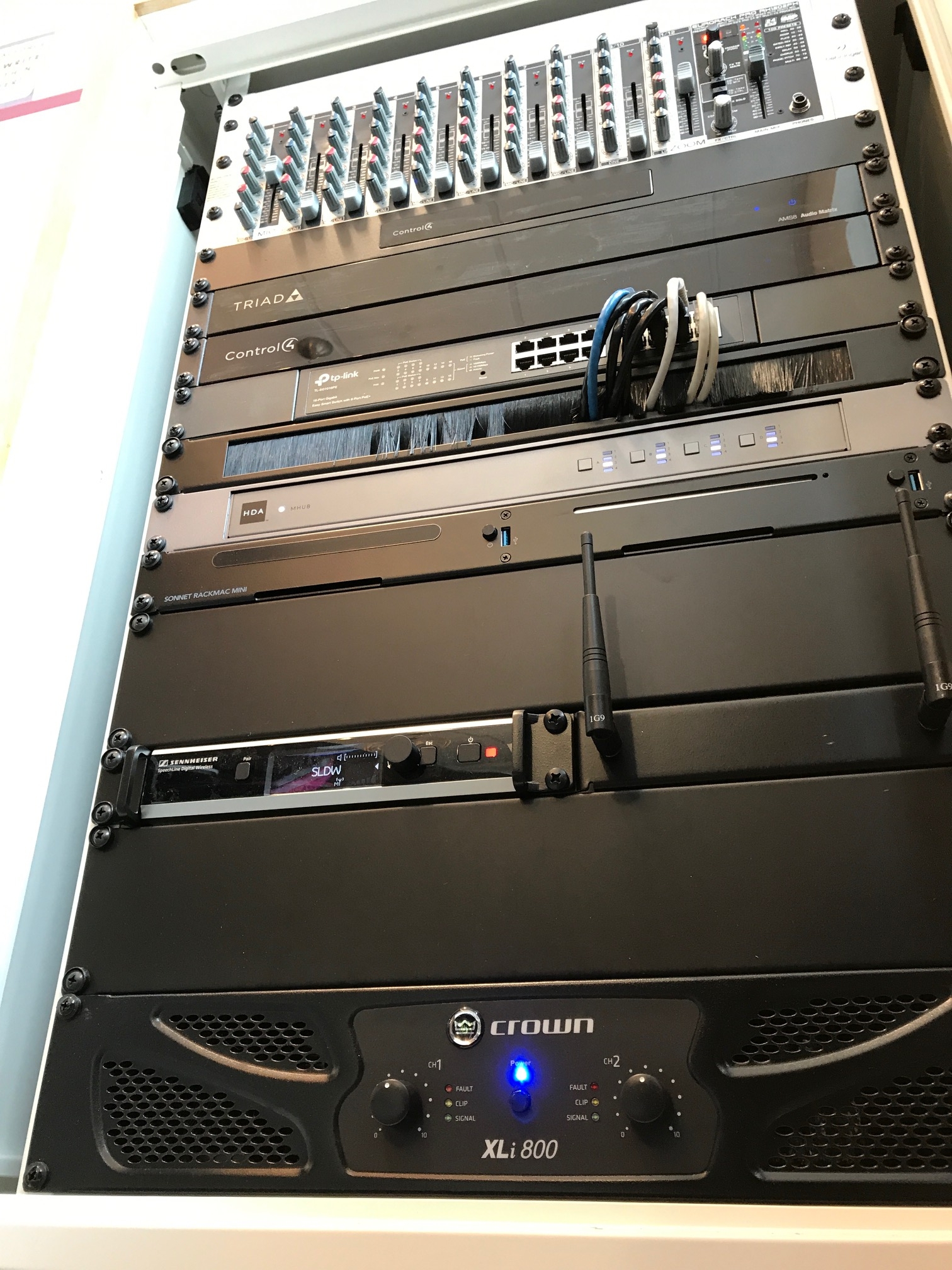 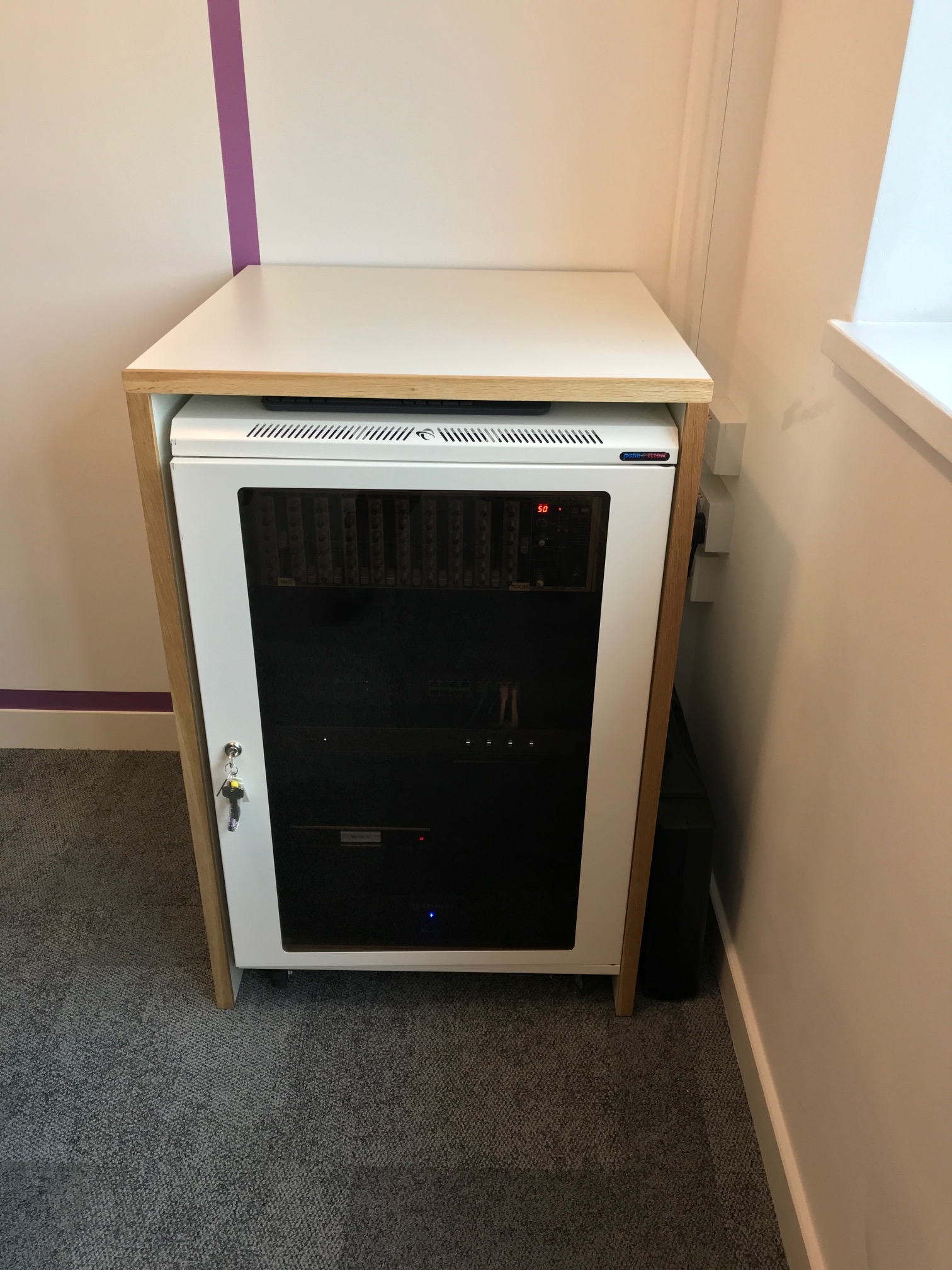 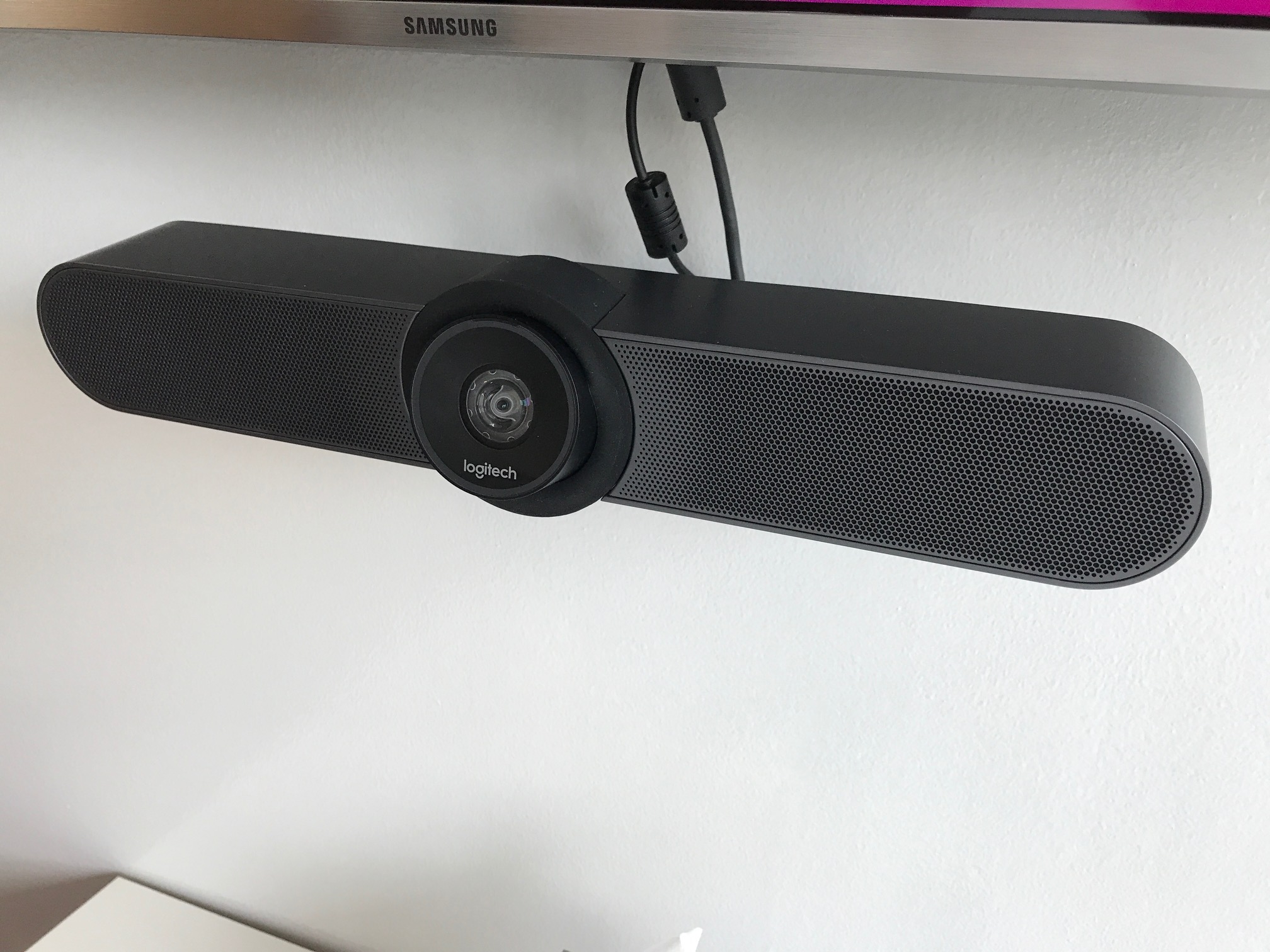 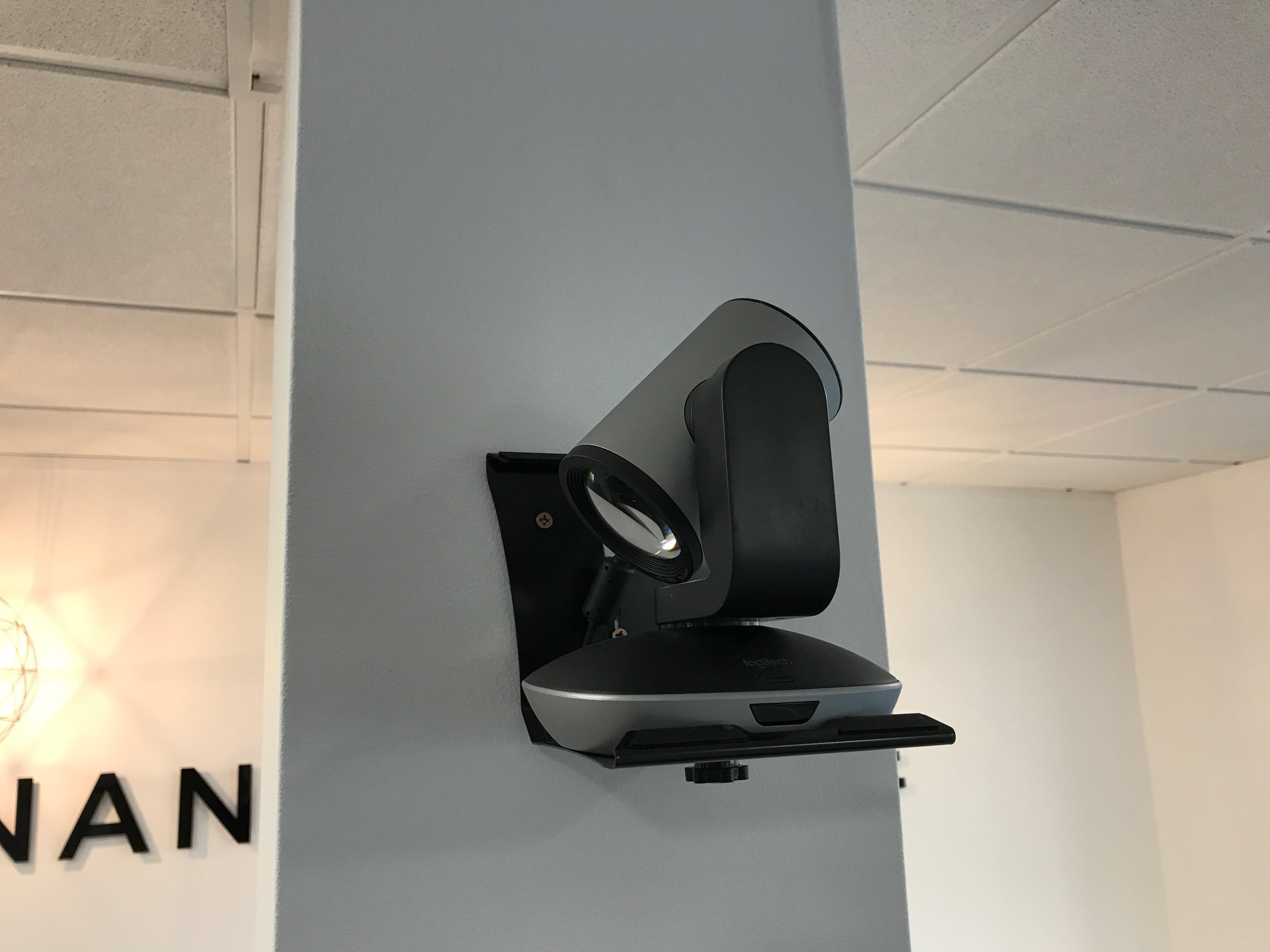 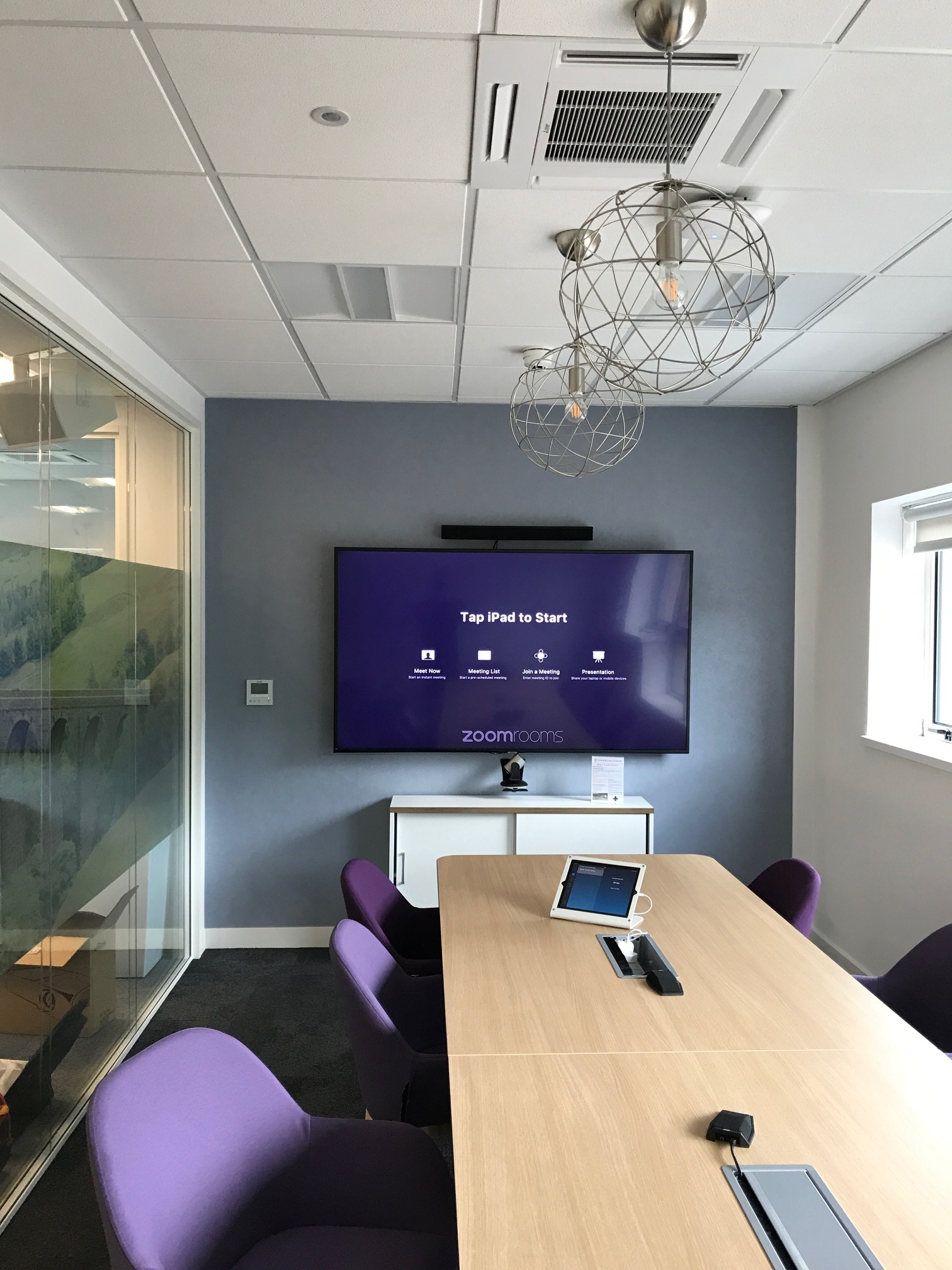 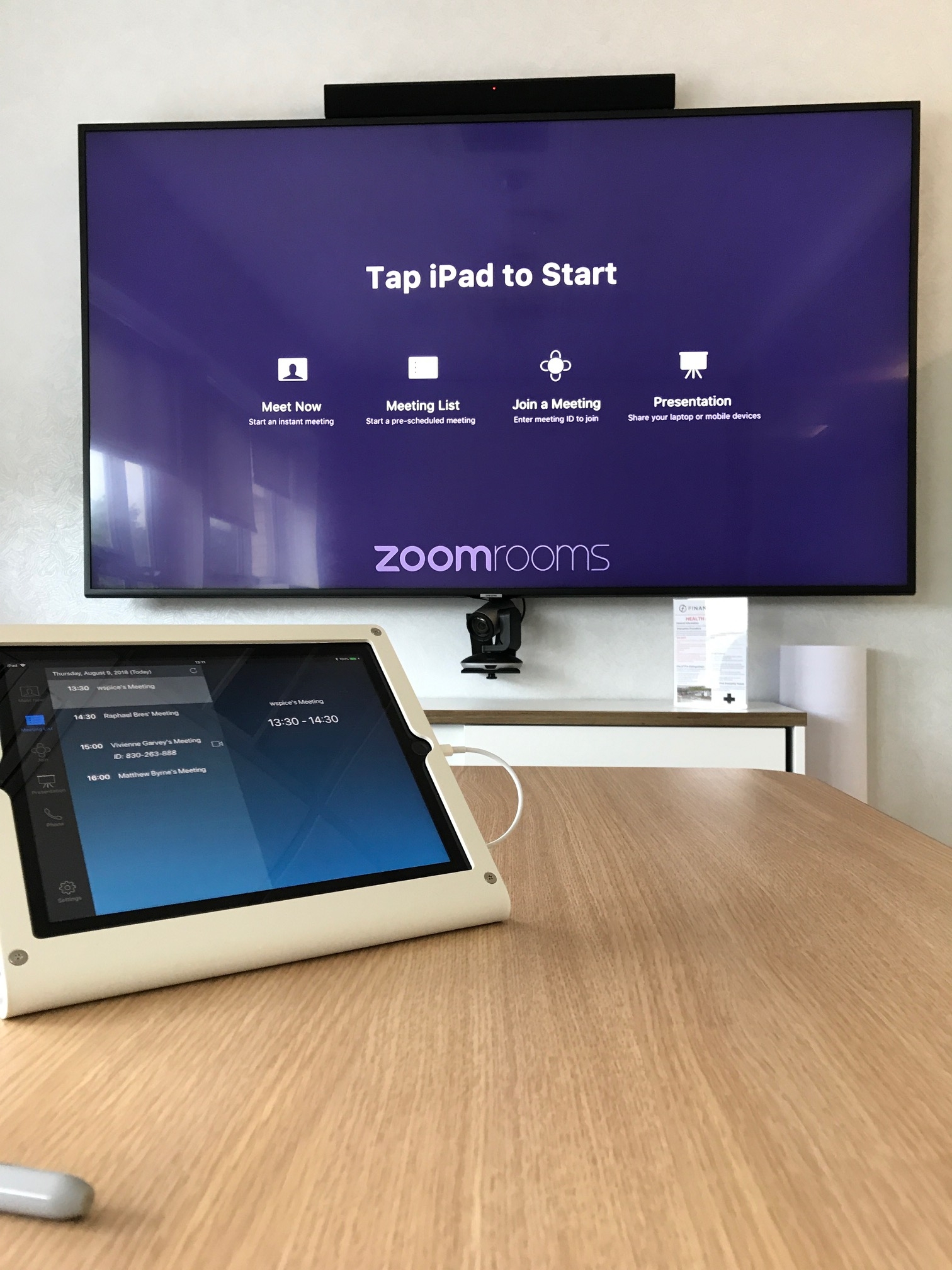 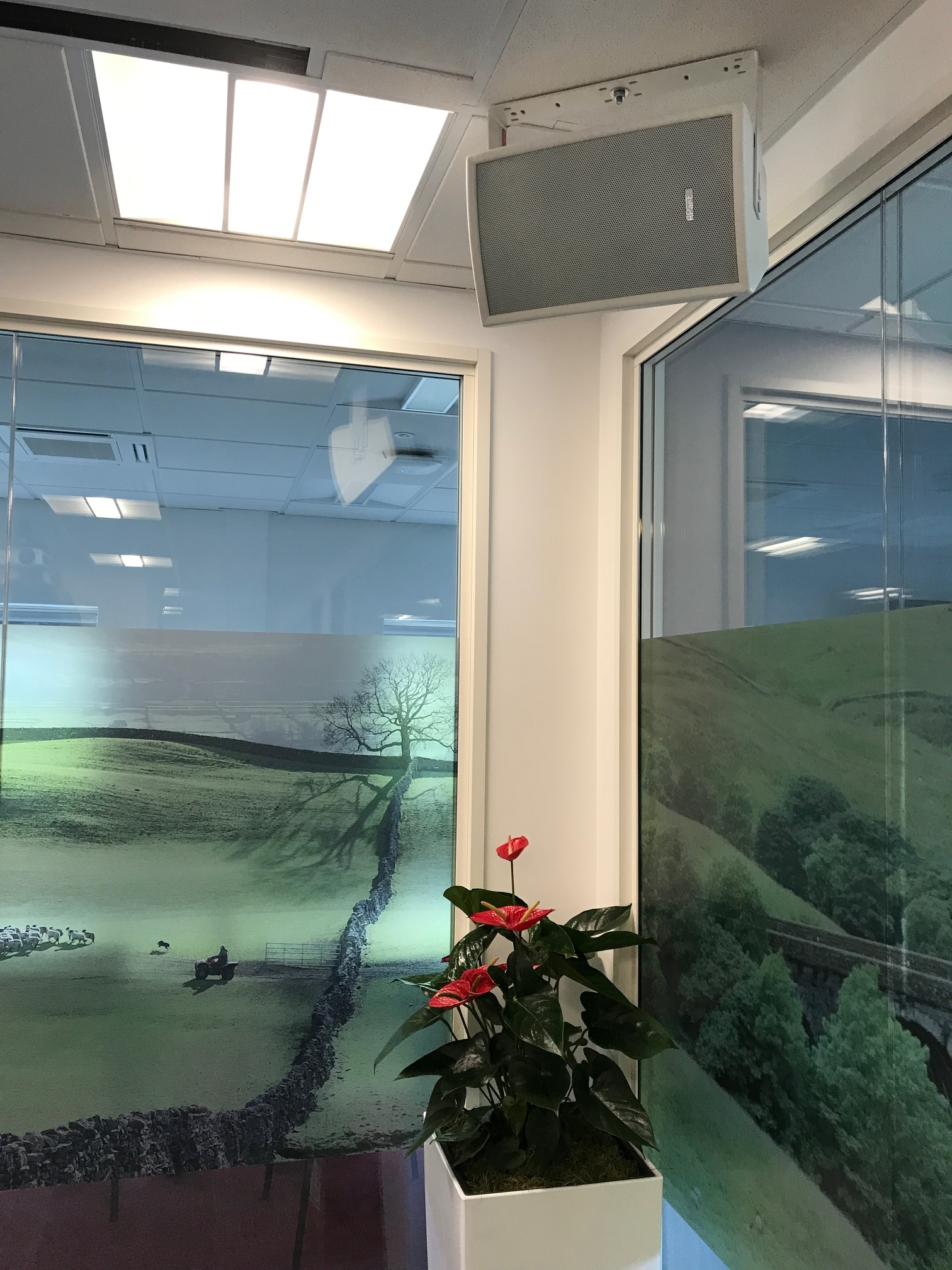 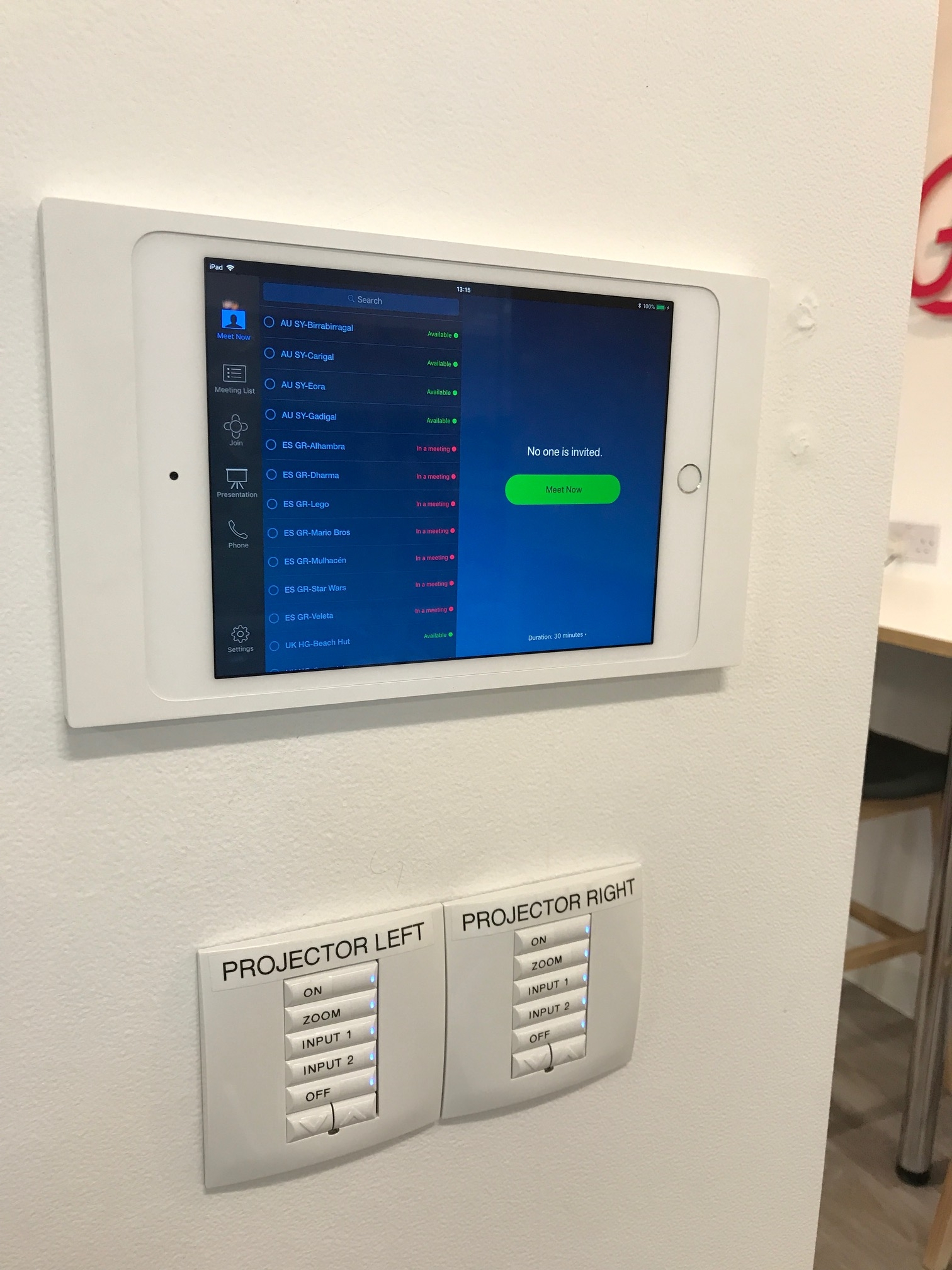 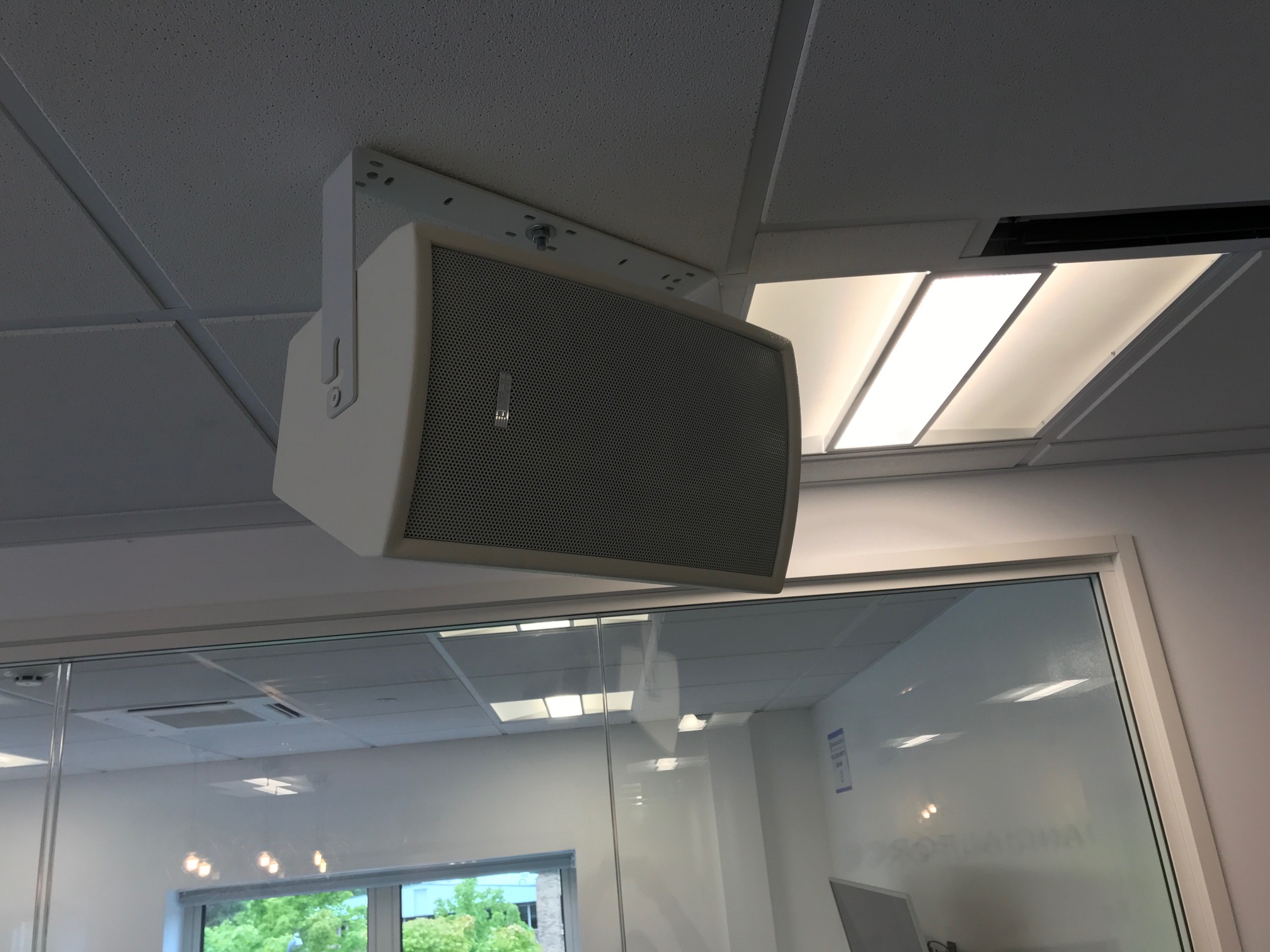 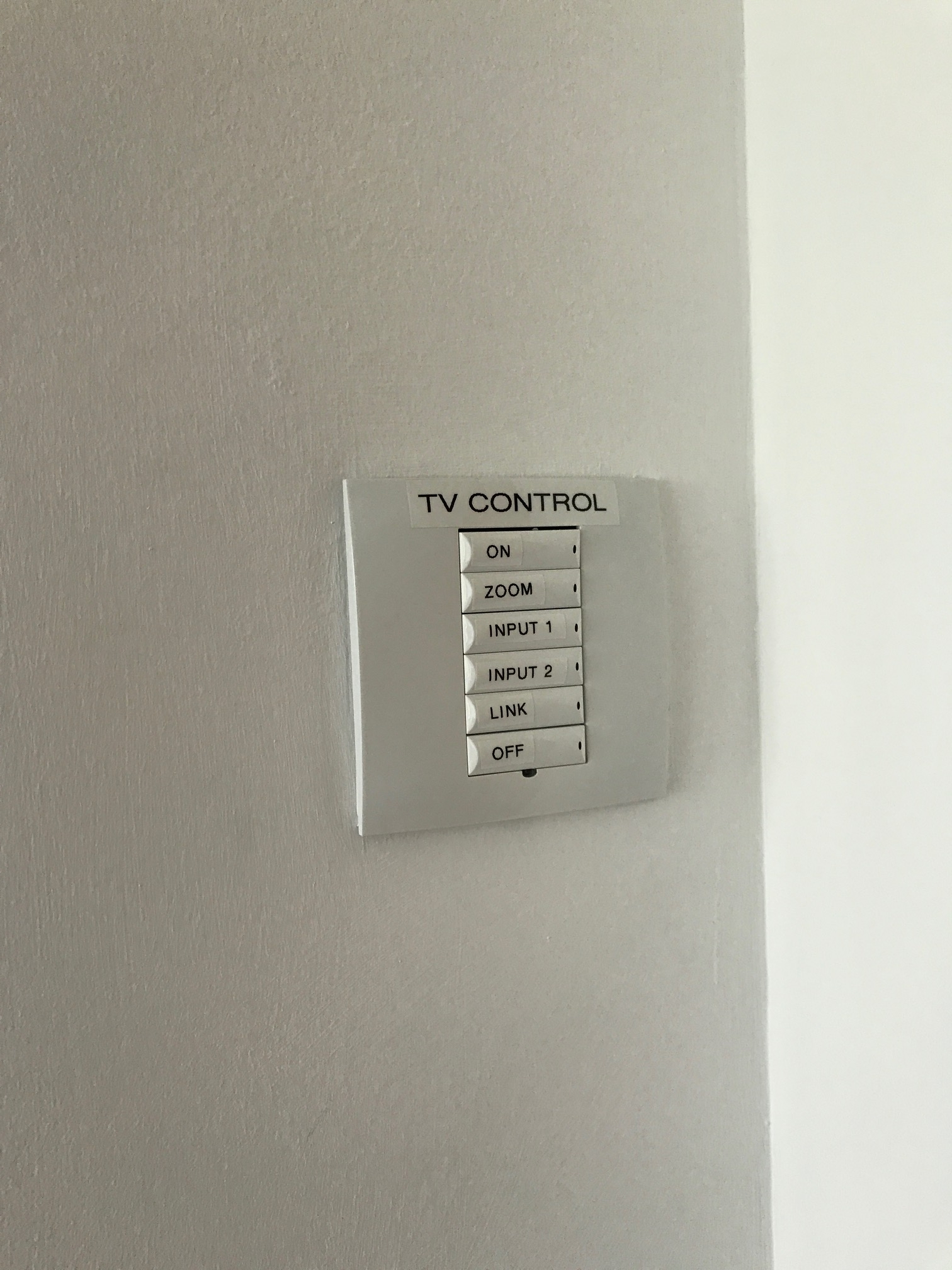 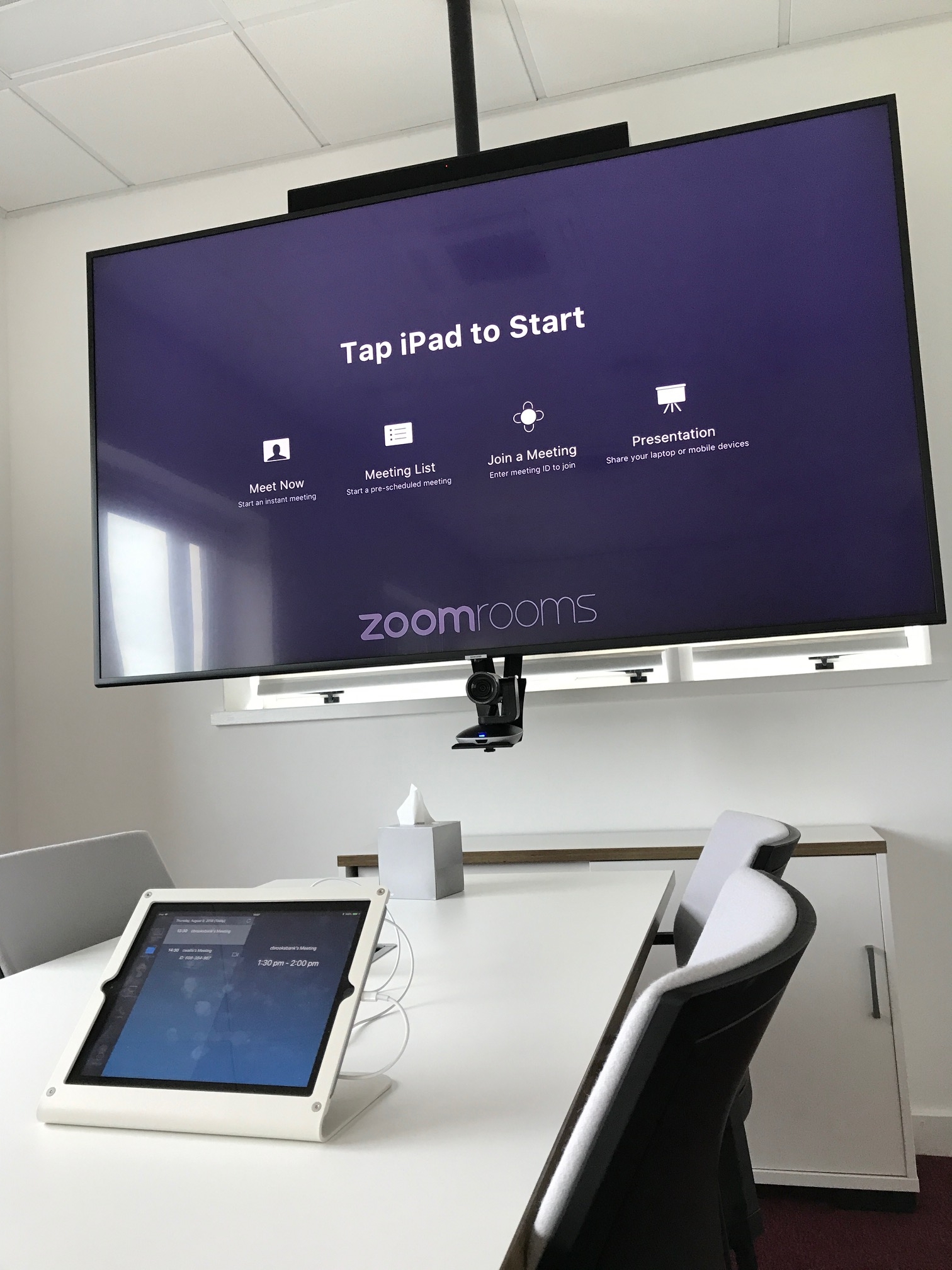